While the whole world is dealing with Ukraine and whether there will be a war or not, on the other side of the world two superpowers, judging by everything, are fighting over who will be the first to find the wreckage of the F-35C fighter, a plane from The fifth generation that recently crashed into the South China Sea earlier this week during the landing of the USS Carl Vinson aircraft carrier.

The story is repeated, given that in late November 2021 there was a similar incident when a British “F-35B” crashed in the Mediterranean on landing.

The British media then covered the F-35B and the ongoing search, in which the British rushed to the Russians and their submarines to locate the wreckage. Of course, the movie script from the movie “Red October Hunt” did not happen. And then came the news from the Pacific that the famous stealth fighter had crashed into the sea during a routine operation. 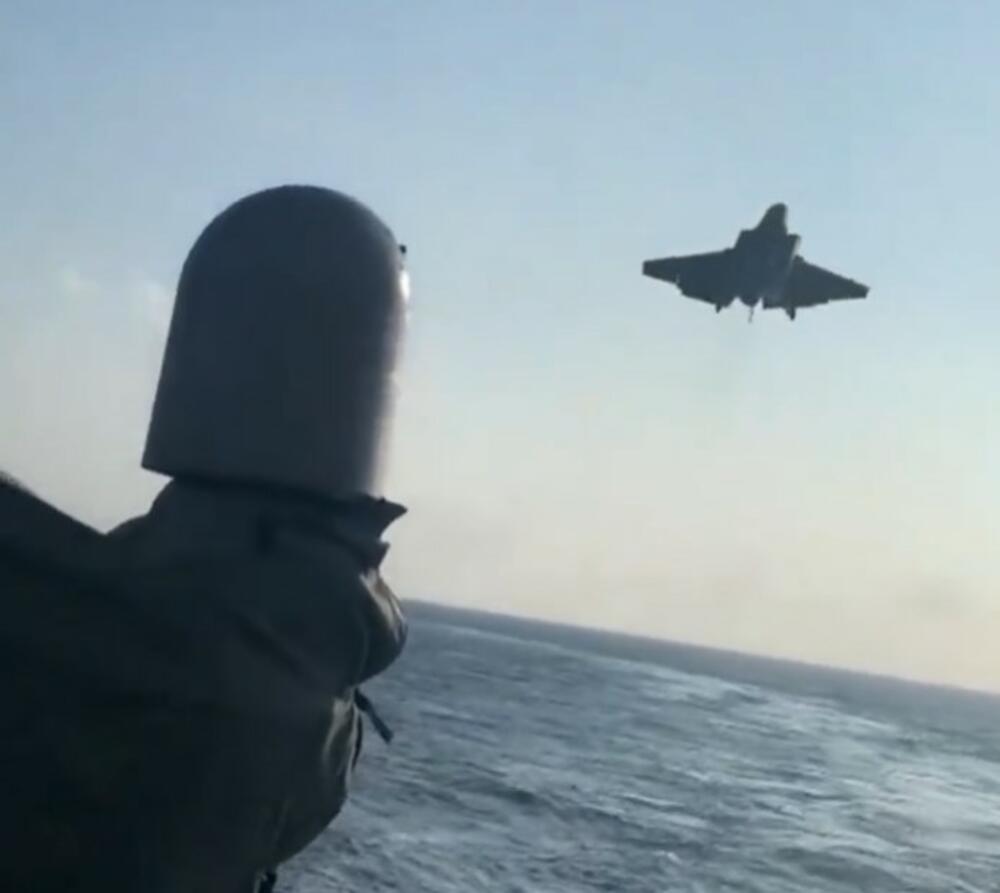 To be precise, the F-35C Lightning II US Navy fighter crashed off the northwest coast of the Philippines. The crash allegedly occurred due to a pilot error while landing the USS Carl Vinson, leaving the VFA-147 Agronauts naval squadron with only eight fifth-generation fighters.

The aircraft is worth $ 100 million, and the report says that during the landing, the plane, due to a pilot error, hooked the deck of the carrier, and then fell into the water. The pilot was ejected during the strike, the US Navy said. The pilot was injured, as well as six crew members who were on deck at the time.

too much poweeeeer. F-35C bump crashing on the USS Carl Vinson pic.twitter.com/tJKtzEwYaA

However, the news quickly appeared on the front pages of the world media, when it was announced that the Chinese navy had allegedly set off in search of the wreckage of the 5th generation aircraft. A photo of the plane at sea appeared on the Internet, as well as information that it was taken immediately after the accident.

“It is estimated that the video and photographs leaked to the media were taken aboard the USS Carl Vinson before and after the crash,” said Haley Sims, public relations officer for the Seventh Fleet.

The published photo shows the pride of the US Air Force and Navy sailing on the sea, where the cockpit has no cover and the catapult seat is missing.

USA 🇺🇸 #Chine 🇨🇳
The US Navy is being deployed to recover an F-35C F-35C chassis aircraft that has been screened across China to protect “sensitive technology” from China 🎥 @cnn pic.twitter.com/Q8uQbCWrnU

The Navy claims that the damage to the carrier is minimal and that operations continue routinely.

As the pilots continued their training, the US Navy launched an operation to retrieve the wreckage from the depths of the sea.

Enhanced and close up of photo making the rounds purportedly of the F-35C that slid off USS Carl Vinson in the South China Sea on Jan 24 appears to show VFA-147 insignia on the tail pic.twitter.com/Pf7uo78BRS

Analysts say the wreckage would be a very complex operation and would likely be overseen by China in all segments, as Beijing authorities consider almost the entire territory of the South China Sea as their own.

On the other hand, the Chinese also announced. The Chinese Foreign Ministry said on Thursday that it was aware that the American fighter had crashed in the South China Sea, but that they had no interest in seeking it, and then told Washington:

“We advise the United States to contribute more to regional peace and stability, rather than to show strength at every step in the South China Sea,” Chinese Foreign Ministry spokesman Zhao Lijian told CNN.

VIDEO: The Challenger disaster in front of the eyes of the audience and viewers from all over the world

‘Get help right away!’: A specific type of pain is ‘clearest’ sign of a ‘strained’ liver