LINCOLN, Nebraska – In 2015, Scott Frakes arrived in Nebraska from Washington State with a mandate to fix the state prison system, which was plagued by overcrowding, staff shortages, and a scandal involving the mistaken early release of certain inmates.

After 40 years in corrections, the 64-year-old retires in his home state at the end of the month from his position paying $255,000 annually.

During his administration, there were two fatal uprisings at a remote prison in Tecumseh, and prison overcrowding reached an all-time high. There was also a pandemic to manage, as well as a previously dismissed federal human rights complaint alleging poor medical treatment for detainees.

In addition, 808 extra prison beds were added, and sentencing calculations were revised to guarantee that everyone served the required amount of time in prison.

As Frakes departs, the state is on the verge of establishing a new 1,500-bed jail in eastern Nebraska to replace the outdated State Penitentiary in Lincoln — a new prison Frakes argued could have been constructed by now if Nebraska, like other states, permitted borrowing money for large projects.

This opinion is not commonly held. Some legislators and supporters believe that Frakes did not act quickly enough to address overcrowding, did not embrace sentencing reforms advocated by comprehensive studies, and did not promote alternatives to constructing an expensive new jail.

During a recent one-hour question-and-answer session with the Nebraska Examiner, Frakes stated that he is leaving the Nebraska Department of Correctional Services in better condition than he found it, particularly in terms of proper staffing and security staff morale.

According to him, employing appropriate mental health and medical professionals to serve the state’s 5,500 prison inmates — a population that is almost 1,900 more than the state’s nine prisons were built to hold — will provide significant difficulties.

Why are you leaving at this time?

A: I arrived with a five-year plan in mind. Typically, directors of corrections hold these positions for three years. When five years passed, I was not prepared to leave. The governor asked me to remain at that time because we were beginning to explore replacing the State Penitentiary. Clearly, I feel like I’m leaving on a high note. I thought that the organization was in a strong position for the transition due to the fact that I had good personnel in place.

What was the most surprising aspect of your employment in Nebraska?

A. Acquiring knowledge of politics and how to move through the legislature was novel.

There was a significant amount of negative press claiming that the agency was incompetent, but I did not find this to be the case when I arrived.

Tecumseh, not State Pen (the oldest and one of the most overcrowded jails in the state), was in the most precarious position. I didn’t see that one. It opened my eyes.

Can you discuss the unrest that occurred in Tecumseh?

A: It was, in fact, a perfect storm on May 10, 2015. (riot). The acting sergeant did their best, there was some miscommunication, and the next thing they know, the majority of the institution is outside of their dwelling units.

We were severely understaffed – not for daily operations, but when a crisis arose, there was no one to whom they could instantly turn.

A sequence of minor mistakes contributed to a disastrous end.

During that Mother’s Day Riot, two inmates were slain, personnel were assaulted, and housing units were torched. In 2017, two others were slain during a riot.)

Did this result in the creation of a new high-security unit in Lincoln to house the most violent inmates?

A: I was here for a year before I determined that we lacked the proper physical infrastructure for a portion of our population.

It is a pay-as-you-go state in Nebraska. There is nothing improper about that. However, this necessitates a great deal of forethought and strategy with regard to huge capital projects.

I could not obtain that in a single session. On the other hand, we lacked (engineering) capacity. Ten years had passed since our last significant construction project.

Now we have the capability… to replace the State Penitentiary.

To avoid constructing a new $270-million jail, can the state afford to consider alternatives, such as sentence changes and earlier parole, if necessary?

A: The best answer, the correct response, is no. We have already wasted one additional year than we ought to have.

There are always solutions to these problems. States around the nation have doing this for decades. It is not an appropriate corporate practice. It can result in extremely negative effects.

A year ago we had busted water pipes (at the State Pen). I’m not surprised if it occurs again. What is your assessment of the current status of jail overcrowding in our country?

A: The State Pen is still an example of an institution that houses twice as many individuals as it was designed for. (Its design capacity is 818, and it presently houses approximately 1,350) It has a dining room that is too small, a kitchen that is too small, no entertainment area, no programming space, and day rooms that are too small for the 20 people they were designed for, let alone the 40 people that use them.

This facility will continue to be problematic. Lincoln’s Reception and Treatment Center and Community Corrections Center are now good, healthy facilities thanks to our efforts.

We have added approximately 800 beds to the system. Given all the difficulties involved, that is very remarkable.

A: Today, I will discuss how this organization handled the pandemic. Not only did we perform admirably in keeping people safe and healthy during a national/international disaster, but we also continued to prepare prisoners for their release.

During a period when many believed that everyone who was confined would die from COVID, I would compare our work to any correctional institution in the country.

Many of my peers struggled tremendously. They had expectations and standards that made the job extremely challenging… excessive testing, forced testing, and required masks.

We needed masks, but we weren’t going to wage war and engage in conflict with the populace over it. It was a requirement for personnel, and we exerted significant effort to obtain population compliance. But we did not make it a matter of discipline.

What is your greatest source of disappointment?

A: Not receiving funding for the replacement of the State Prison. But I am confident that all will come together and occur.

The majority of the required funds are currently in a pot.

We have completed over $18 million worth of design work.

(The approval of the new prison) would have been the icing on the cake. Right now, we would be soliciting bids.

I did have many grandiose ideas. Then, though, life gets in the way. I could not have foreseen some of the obstacles and the pandemic. I therefore wonder how much further we could have progressed in programming and other areas.

What does the future hold?

A: I believe 2023 will be an incredible year for this agency. The staffing situation is the best it has been in at least ten years, if not longer. In addition to the vacancy being filled with qualified candidates.

There are currently a large number of persons who are active and enthusiastic about facilitating activities. This was not our culture when I arrived in 2015

We have adopted, developed, and embraced the concept of “peer-led” programs; we have trained inmate peer support personnel. Omaha’s state-run juvenile detention facility is home to a small population. We have permitted them to serve as peer mentors.

This type of information not only improves our performance but also alters the culture.

What about employee morale?

A: We held dialogues, or town hall gatherings, in August and September. It felt really different compared to 2018. There were a few in 2015 were people were somewhat hostile. We did not possess any (now). It was simply a pleasure to observe the general happiness of the workers.

Our health care and mental health staffing, as well as our food service personnel, must be resolved. Some of this will be determined through contract discussions, but some of it is beyond our control. It’s bigger than Nebraska. Either technology will solve the problem, or another solution must be found to attract people.

You stated that the 25% raises given to security personnel in November changed the game.

A: We tried several different approaches. None of them turned the dial sufficiently. When we found out the optimal compensation structure, it was like the perfect storm.

We are in a position to have a happy, engaged, and motivated workforce.

Given the death in custody of George Floyd, heightened worries about mass imprisonment, and the drive by some state legislators for alternatives to jail, what is the current status of corrections nationwide?

A: In general, it is significantly better. We were in the early stages of “Nothing works, let’s warehouse folks” when I joined. They were given final sentences. In 1985, Washington had 5,500 convicts. In the early 2000s, the population was 17,000.

During the “tough on crime” era of the late 1980s, there was a massive construction boom, but those prisons are already aging out. The bill will be enormous.

Today, we are investing significantly more on programming, therapy, and living conditions. The best thing of all is the rising realization that we should not just construct prisons for safety, but also for the staff’s health.

What will you miss most about engaging with the Legislature?

A: I will not provide a quote for that (laughing). I will miss the people and the crew in this building, but I also like attending inmate symposiums again.

What is the greatest obstacle facing the Nebraska prison system?

A: As long as the economy stays robust (and the labor market tight), the staffing issues will persist. The mental health staffing issue is significantly more difficult.

If the economy were to decline, the challenge would be to accomplish more with less resources. How can 5% be reduced from the budget? If you must reduce the budget by 10 percent, you must close a facility.

This firm is compared to an oil tanker in that it moves slowly and is difficult to maneuver. However, society expectations continue to evolve, and this has a direct impact on prison expectations.

We are on the verge of having a populace that believes everyone should have a (computer) tablet, and eventually a cell phone — that it is a right, as opposed to a privilege. Back in the day, making a phone call or sending a letter was a privilege.

Will you continue to work in the field?

A: I will not make any decisions for 90 days. Possibility of consulting job. I genuinely do not desire employment. I would like to find something that is soul-satisfying and beneficial to others. It would be enjoyable to try something different.

I’ve made fantastic pals in Nebraska. I’ve visited nearly every quilt shop (with his wife, a quilter). And I reinvested in my tennis performance (including winning a State Games title in singles). I have never encountered anything comparable to the tennis community in Omaha and especially Lincoln. When playing tennis, as opposed to golf, your sole concern is to avoid being struck by the ball.

What is the most vital piece of information you want Nebraskans to have?

A. The corrections system is an integral component of the criminal justice system. We functioned in relative obscurity for a number of years, which we enjoyed to some degree. As long as we took care of our business, that was essentially all the public cared about.

However, contemporary corrections are not like a Jimmy Cagney movie with steel bars. We seek to assist individuals in preparing for and returning to the community as productive members of society.

It is money wisely spent on investments in criminal justice, juvenile justice, and corrections.

I hope that one day we can find answers that will result in the incarceration of a negligible number of people.

However, there is a portion of our society that engages in harmful and horrible behavior. 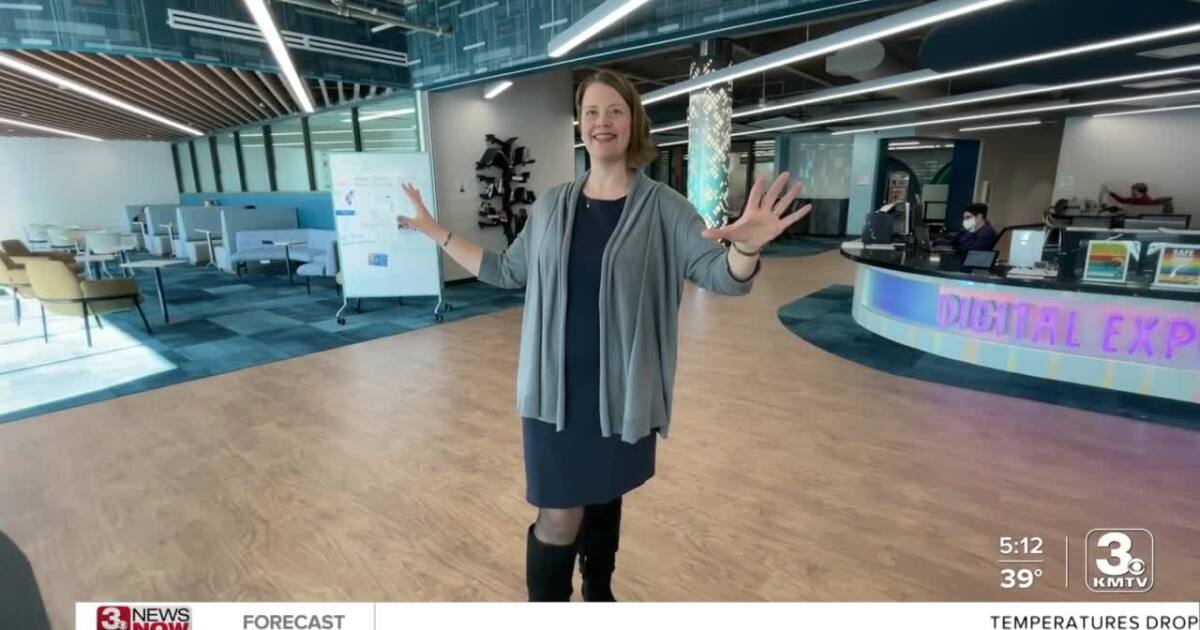 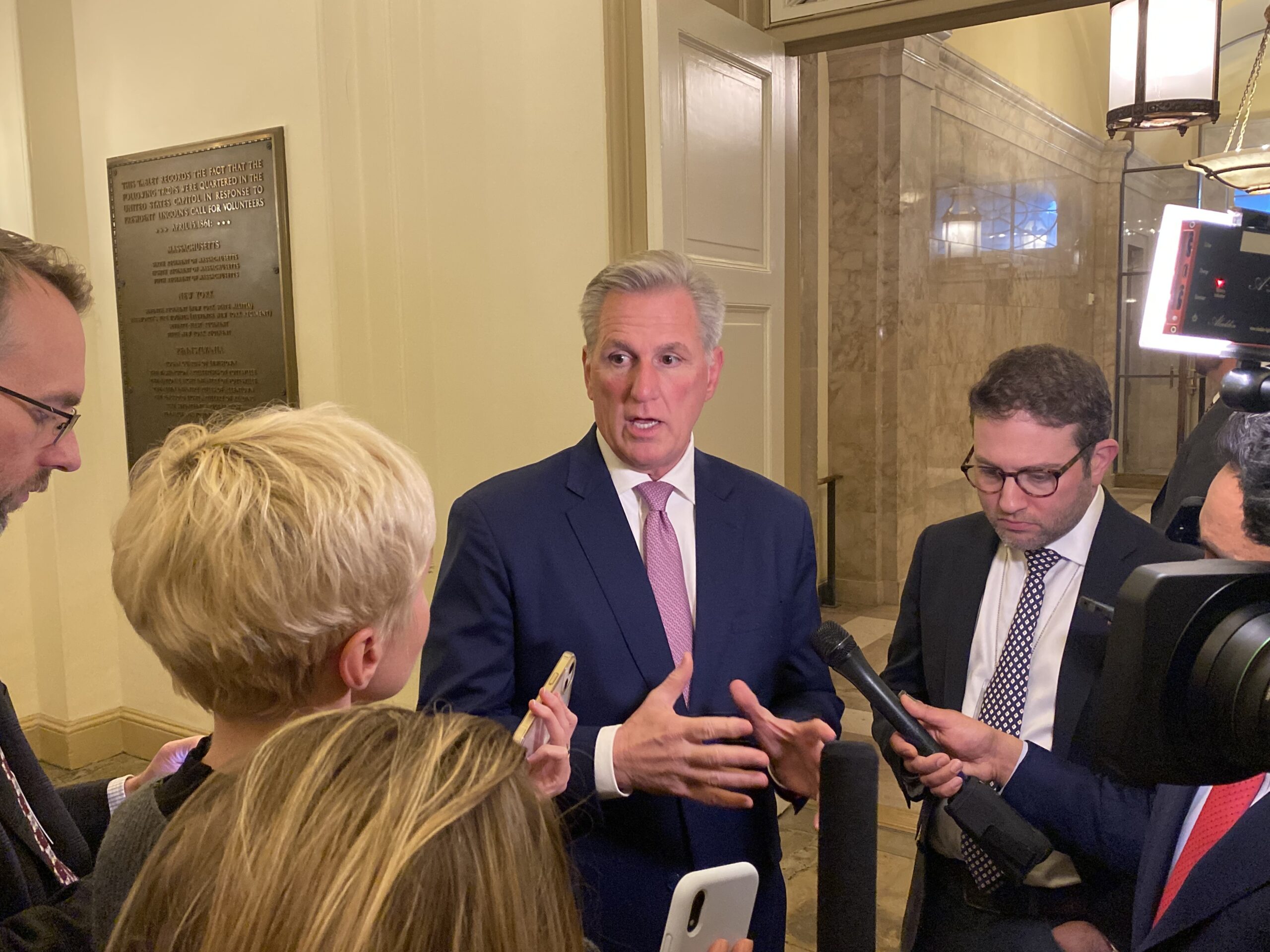