OMAHA, Nebraska – The odds are stacked against students who are the first members of their family to attend college or who come from families with difficult financial situations.

However, Nebraska Methodist College has discovered that its rather unremarkable food pantry has been the key to the college’s increased level of academic achievement. Dr. Lisa Johnson believes that there should be no stigma or generalizations attached to having insufficient access to food or having empty cabinets.

Students were the ones who brought that information to light.

Johnson found that more than 45 percent of college students had experienced some form of food insecurity at some point in their life. “So to think that we kind of hide it and make it something that people shouldn’t feel open to seek out…or as an afterthought, that’s not the way that we should be managing this,” the speaker said. “That’s not the way to handle this.”

At Nebraska Methodist College in Omaha, Johnson is in charge of the Trio program, which offers Student Support Services (SSS) to first-generation college students, students from low-income families, and students who have impairments.

Johnson, in his capacity as director, initially “handled this” by extending a helping hand to one person at a time.

Deb Carlson, president and chief executive officer of Nebraska Methodist College, was quoted as saying, “Students were coming to her office and they were hungry and they wouldn’t have time for breakfast.” “[Johnson] would say, ‘you’re going to be here from 6:30 in the morning all day long without meals,'” And they were like, “I can do it!” so she started having stuff just in her office drawer, and when they asked for something to eat, she opened the office drawer and gave it to them.

“When my husband and I were going to graduate school obtaining our doctoral degrees and we were in that position where we were living in poverty, our goal was to keep our house and feed our kids,” said Johnson. “We were in that place where we were in that area where we were living in poverty.” “Therefore, I completely identify with the challenges that students have when they are having a hard time making ends meet yet continue to show up for class because they are aware that education is a route out of their predicament. When my husband and I were in a bind, I just assumed that somebody would come to our aid at some point. Because of this, I now have the chance to offer something back.

During the first two years of her teaching career, Lisa spent much of her time in her office bolstering the efforts of her pupils. She quickly obtained assistance, and eventually, she was provided with a room to use as a pantry.

Carlson stated that “we started hearing out about it and so the rest of the teachers and staff started bringing meals” once they learned about the incident. “During the first year, it had complete and unwavering support from the teachers and staff. Then we came to the conclusion that this is a problem that affects a far larger number of pupils than simply a handful of them who want a snack before they go to class.

The students’ overall performance has improved after the pantry was opened. In point of fact, the success of students can be significantly influenced by the SSS programs. Graduation rates have increased dramatically, going from 53% before SSS to 98% after it was implemented.

In point of fact, the program itself and the favorable experiences that students like Alicia Hicks have had while participating in it are becoming an asset when it comes to recruiting new students.

Hicks stated that “we all go through challenges, and we all need help and assistance at some point,” referring to the fact that “some of us are raising kids, and others of us are leaving home for the first time.” “Therefore, having a community here at Methodist that provides a food pantry, for those folks to know, to have the comfort in their house to have food, and to be able to eat, your studies come into line after that.” [Citation needed] “[Citation needed]”

Hicks, who was a student and a mother in her 30s at the time, was searching for a school where she could fulfill her ambition of earning a nursing degree. At the time, she was residing in California; nevertheless, the compassion that she witnessed in the program that was being offered at Nebraska Methodist compelled her to move to Omaha. Now, she wants everyone in the world to know about the food pantry and the difference it can make in the lives of kids attending college.

The majority of the food that is kept in the school’s pantry is provided by the Kountze Commons, with fresh food being provided by donations from Hy-Vee and Rotella’s Bakery.

Truck incident on I-80 in Dawson County on Thursday almost fatal for the driver, hospitalized in critical condition 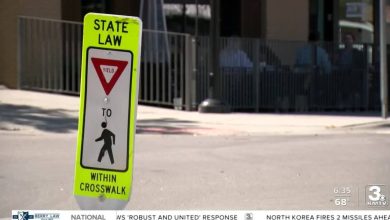 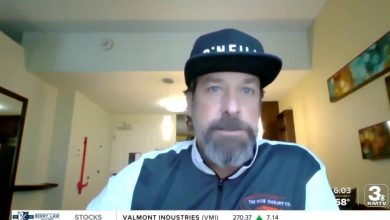