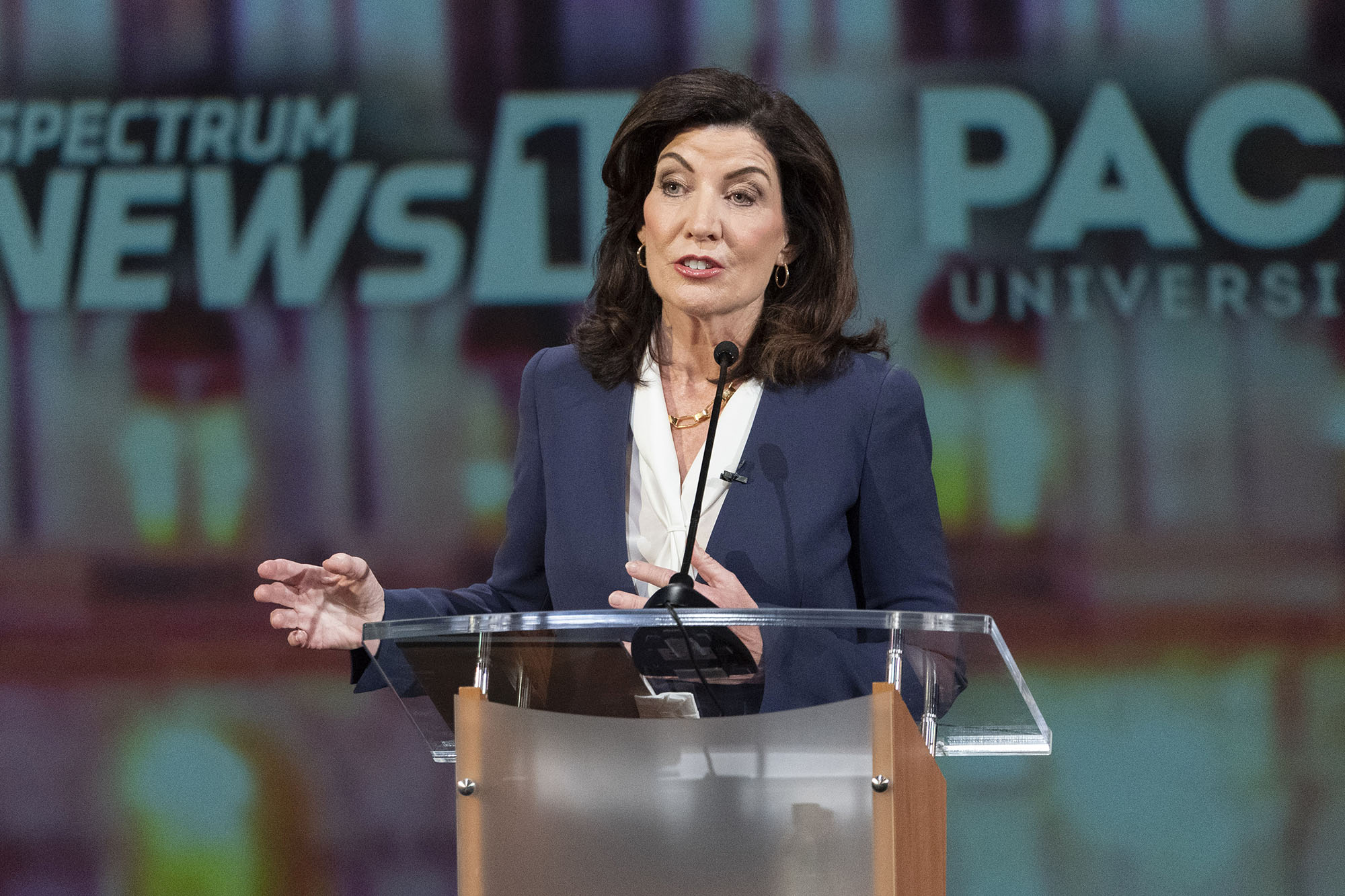 Days after Rep. Lee Zeldin came within five points of defeating incumbent Gov. Kathy Hochul and Democrats lost four House seats in the Hudson Valley and on Long Island, the blame game was in full fury.

Soon-to-be-ex-Rep. Sean Patrick Maloney, the head of House Democrats’ campaign operation — and the first chair in decades to lose his own re-election — blamed Hochul’s poor showing at the top of the ticket for the House losses. “Our candidates have to outperform the governor by more than 10 points, often more than 15 points” he whined, complaining that state Dems failed to quell suburban fears on crime.

Mayor Eric Adams faulted his fellow Democrats’ inability to talk about public safety and other “bread-and-butter issues” for driving some immigrant communities into the arms of Republicans. (Indeed, we’ve heard Hispanic political leaders gripe privately that Hochul didn’t do enough to engage their community.) In a USA Today column, Adams warned the national party is still losing working-class support, including among minority voters.

Other critics, including Rep. Alexandria Ocasio-Cortez, called on state Democratic Party chairman Jay Jacobs, a key Hochul ally, to resign. Queens Assemblywoman Jessica Ramos even tweeted, “I think he should be fired.”

AOC slammed “calcified machine politics” for Tuesday’s losses and said “Jacobs must go and we must recenter the party to better value community leadership and small-d democracy.”

Meanwhile, the far-left Working Families Party claims it won the day for Hochul, since votes on its line put her over the top. But other Dems warn that she nearly lost because she’d already gone so far left in her rookie year.

For her part, Hochul insisted Jacobs “did a great job,” and even claimed that she and the party overall “did quite well” on Tuesday. She defiantly added, “We’re not changing anything” and shrugged of the losses, “everyone runs their own race.”

From the peanut gallery, ex-Gov. Andrew Cuomo opined that Zeldin’s performance is a “wake-up call” for Dems. Andrew’s plainly plotting a comeback: Watch your back, Kat.

Hochul knows why she came so close to losing. If she doesn’t rise above the sniping and find ways to get crime back down across the board, statewide, she’ll be facing an even tougher race in four years.