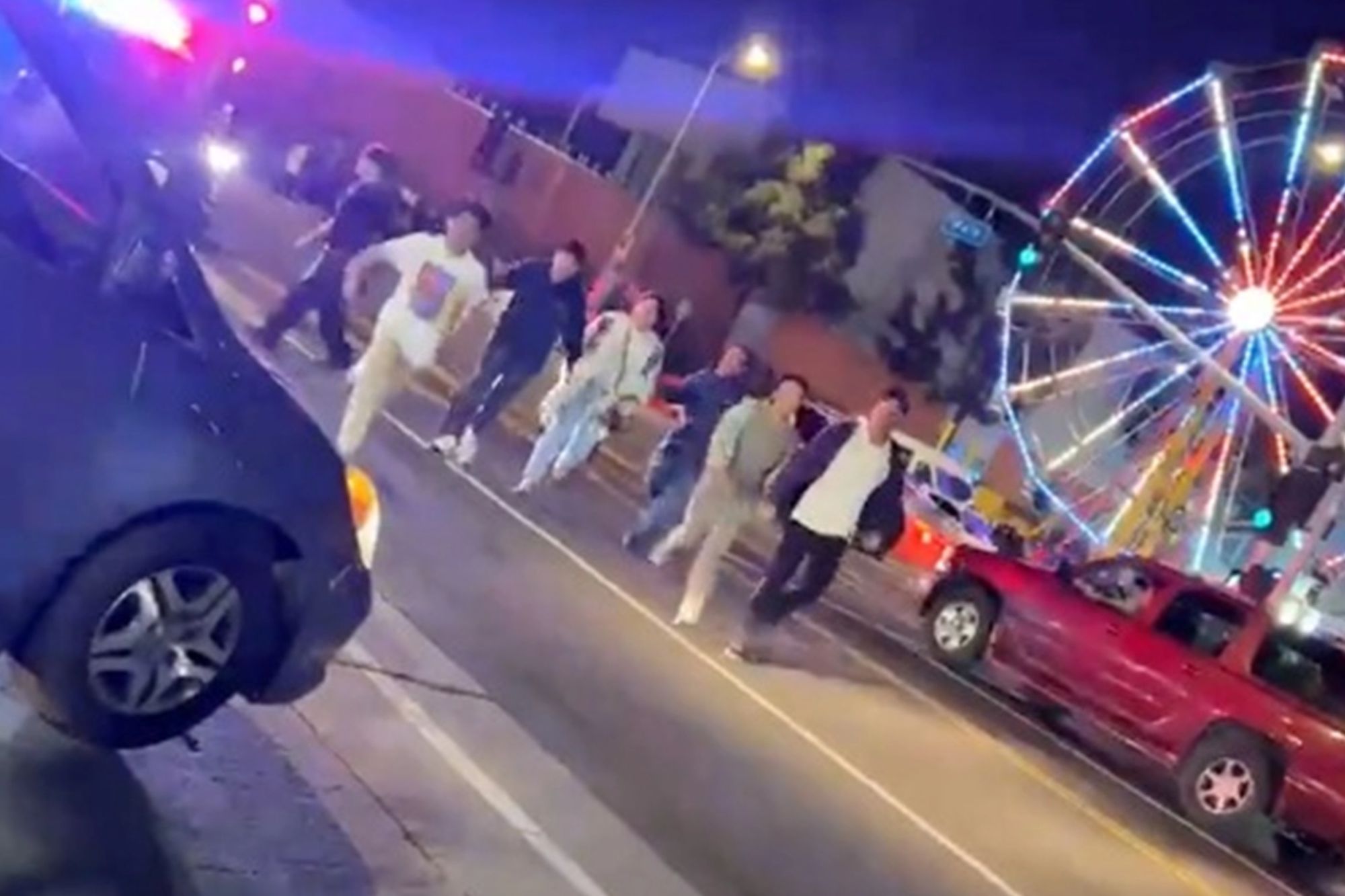 At least six people were hospitalized after an SUV apparently trying to flee cops plowed into a crowded street carnival in Los Angeles on Saturday night.

At least six people were hit before the driver sped off, with the car heavily damaged, police said.

The victims, who were all between the ages of 15 and 40, were transported to local hospitals with non-life-threatening injuries.

Those at the carnival were waiting in line for the rides when they heard what sounded like gunshots, KTLA reported.

What had been a family night out at the street fair quickly turned into chaos as people fled for their lives in all directions, according to the outlet.

Police told NBC Los Angeles that they had tried to pull over the Porsche in a traffic stop when the driver drove into the carnival.

The vehicle was later found about three blocks away from the crash scene, police said.

A person matching the description of the driver has been taken into custody, cops said.